CHARGED WITH DOMESTIC VIOLENCE(DV) IN VISTA OR SAN DIEGO?

A domestic violence (DV) charge can be prosecuted as a criminal offense in California if the parties are related (blood or marriage) or have a dating relationship.  Although commonly associated with violence against spouses, child abuse, elder abuse (physical and financial), rape, and even murder can have special DV designations and enhancements based on the parties' relationships. The following are two common charges filed in DV cases:

273.5a PC: Spousal Abuse:  Infliction of an injury on a spouse, cohabitant, parent of a mutual child, a fiancé, or someone within a dating relationship.  This charge requires:

The law defines a traumatic condition as “a wound or other bodily injury, whether minor or serious, caused by the direct application of physical force.” (CalCrim 840).  The prosecution will have to prove each element beyond a reasonable doubt and would also have to prove the defendant did not act in self-defense or defense of another.

243(e)(1) PC: Simple Battery: Requires the same dating relationship as above, but only requires touching in a “harmful or offensive manner” and does not require any lasting or permanent physical injury.   Self-defense and defense of others are also defenses to this charge.  The law defines this particular charge very broadly:

“The Slightest touching can be enough to commit a battery if it is done rudely or angrily.  Making contact with another person, including through his or her clothing, is enough.  The touching does not have to cause pain or injury of any kind”.  (CalCrim 841)

WHAT SHOULD I DO IF ARRESTED FOR A DOMESTIC VIOLENCE (DV) CHARGE?

Almost every law enforcement agency in San Diego, Orange County, Los Angeles, and California has a policy of arresting at least one of the participants when responding to a 911 call or even non-emergency call regarding a domestic dispute.  Many cops I have spoken with firmly believe they are REQUIRED to arrest the “primary aggressor” in an argument, to avoid potential liability in case of a further dispute, and to prevent escalation that could lead to someone being hurt or killed.  Every prosecutor's office, including Vista and San Diego, has a specific “Family Protection Unit” that gets state and federal funding exclusively for the prosecution and conviction of DV cases.  Ironically, “Family Protection” usually results in the ripping of families apart.  Spouses are forced to separate based on essentially automatic “Criminal Protective Orders” regardless of the family's wishes or alleged victim.

CAN HIRING A PRIVATE ATTORNEY MAKE A DIFFERENCE IN A DV CASE?

Although law enforcement is quick to arrest even for a mere heated argument, the good news is the Prosecutors have started to exercise more discretion when determining whether to file domestic violence cases.  Retaining a private attorney immediately after being arrested for a DV case can make a huge difference in your future:  Explaining your version of the events is never a good idea, as the prosecutor can use your statements against you to prove the crime.  However, retaining a law firm like mine allows me to share your side of the story in the proper light of day, with facts absent anger, fear, or emotion. My office is often hired by the alleged victim, who does not want their spouse or loved one arrested or prosecuted. I can prevent criminal charges by pointing out the lack of evidence and the parties' misunderstandings. 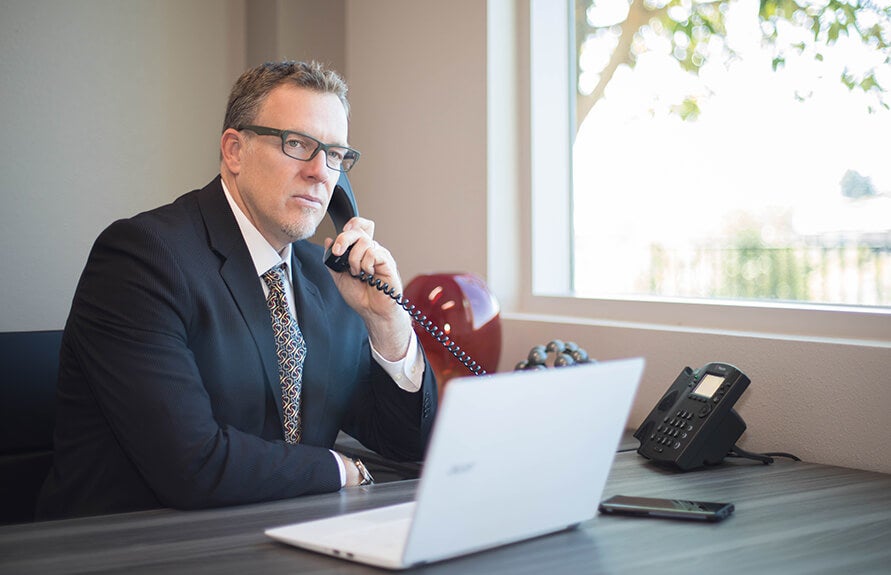 If I AM ARRESTED FOR DOMESTIC VIOLENCE, HAVE I BEEN CHARGED OR CONVICTED?

As discussed above, arrests in DV cases are widespread.  Further, because California law enforcement cannot arrest for a misdemeanor not committed in their presence, there is a significant chance you were arrested for a felony Domestic Violence charge, along with the price tag for felony bail to get out.  However, you will not necessarily be charged with the same allegations as the charges you were booked into jail.

DA's have broad discretion in reviewing Domestic Violence cases.  Often, they receive a report on a felony domestic violence arrest but find the couple has no prior incidents, and there were minimal injuries.  In this scenario, if retained early enough, I have frequently successfully persuaded the DA to either reject the case (no criminal filing at all) or obtain a reduction to a misdemeanor offense.

MY HUSBAND/WIFE GIRLFRIEND/BOYFRIEND DOES NOT WANT TO PROSECUTE. WILL THEY STILL CHARGE ME?

Unfortunately, DA's and judges believe they know your relationship better than you. Even if the alleged “victim” denies anything happened or claims responsibility for the fight, the DA will still prosecute the case.  A long time ago, a simple call to the DA's office in support of the accused resulted in no prosecution; however, now (especially after the OJ Simpson case), the alleged victim's desires, although considered, are not determinative of whether a case is filed.

WHAT HAPPENS AT THE FIRST APPEARANCE (ARRAIGNMENT) ON A DOMESTIC VIOLENCE CASE?

The first court appearance in a criminal case is called an arraignment.  Technically, the court must formally advise you of the charges against you, and you must enter a plea of Guilty or Not Guilty.  Bail is also commonly addressed at arraignment as well, meaning bail can be increased or decreased.  Probably the most debilitating action taken at the arraignment is the court's propensity to issue a Criminal Protective Order.

WHY WOULD THE COURT ISSUE A CRIMINAL PROTECTIVE ORDER(CPO)?

In any Domestic violence case, the court at arraignment will issue a CPO prohibiting the Defendant from contacting the alleged victim(s) in the case.  This is (arguably) an unconstitutional violation of Due Process since the court “should” have held a hearing with notice and an opportunity to be heard.  In Vista and Downtown San Diego, the judges will typically issue a CPO order against the defendant.  The only way to avoid such an order, which frequently requires a family to split up and live apart, is for the alleged victim to be present in court and testify.  To avoid a CPO, they must convince the judge they are not in fear for their safety and do not need the defendant restrained.   In my experience, judges almost always order a CPO, even if not wanted by the defendant or their partner.  In some cases, the court will modify the CPO to prohibit “negative contact,” which allows the parties to live together, but the victim must first convince the court they do not need to be separated.

Some DV charges are called “wobblers,” meaning they can be filed as misdemeanors, or felonies, at the prosecutor's discretion.  273.5 PC (Spousal Abuse), 422 PC (Criminal Threats), and 591 PC (Disabling a phone line to prevent a call for help) all can be filed as misdemeanors or felonies.  What's the difference?  Although the charge elements are the same, a felony is punishable by a prison sentence of at least 16 mos. In contrast, misdemeanor charges generally have a maximum punishment of a year in county jail.

CAN I BE CONVICTED OF A DOMESTIC VIOLENCE CHARGE IF MY WIFE/GIRLFRIEND/BOYFRIEND REFUSES TO TESTIFY AGAINST ME?

The DA in a DV case has to prove each element of the charges beyond a reasonable doubt.  If there are no other witnesses or independent proof of the allegations, the DA cannot prove the case if the alleged victim refuses to testify.  California Code of Civil Procedure 1219 prohibits the court from imprisoning a victim that refuses to testify against their spouse or partner.  The court cannot jail a witness that refuses to testify against a spouse, but the court can order counseling.  I am often hired by the alleged victim who becomes victimized by the system and DA again when they are coerced/threatened to testify and refuse.

MUTUAL COMBAT/ SELF DEFENSE ARE DEFENSES TO DOMESTIC VIOLENCE CHARGES

The law allows a person to use reasonable force to defend themselves from an attacker.  A person may “stand their ground” and is not required to flee from an attacker.  However, the key to self-defense is that the person claiming self-defense cannot have started the physical altercation. They must only use the minimal amount of force necessary to prevent further harm to themselves (or another). The DA has the burden of proof, beyond a reasonable doubt, that the defendant did not act in self-defense.

DO I NEED AN ATTORNEY IF CHARGED WITH DOMESTIC VIOLENCE?

Prosecutors get state and federal grants for the prosecution of domestic violence cases.  Law enforcement officers are trained to arrest someone almost every time they respond to a DV call.  Making a statement and trying to explain your side of the story by yourself is NEVER in your best interest.  After over 28 years as a criminal defense attorney, I strongly feel I can significantly protect your future if hired immediately after an arrest for a DV case.  Many times, in the heat of the moment, tempers flare, and stories are exaggerated.  The fallout later can be devastating to families and futures.  You need an aggressive attorney to explain your side of the story and prevent the destruction of your life and livelihood caused by a DV conviction.  Don't let your future be decided by politics or chance.