DUI with Accident in El Cajon, Not Guilty Jury Verdict

Client driving home from bar ran off the Interstate 8 freeway just east of El Cajon.  Fortunately, no injuries but CHP arrived and smelled alcohol.  Cops did not know how long client's car had been disabled on the side of the road.  Gave field sobriety tests, which although my client did not need to do, he performed fairly well.  Handheld breath test (PAS) was .09/.10, and Client was arrested, providing a breath test in the station of .08/.09.  Half a pint of vodka found in the center console of the car.

At trial the DA tried to say client was very drunk, and alcohol caused the crash, but no proof of bad driving (other than he ran off the road), and no proof of when he drove.  Our argument was a rising blood alcohol argument (just had "one for the road"), and also argued the potential that client could have drank after the driving occurred.  if there is drinking after driving, it is impossible to determine the BAC at the time of driving, even with retrograde extrapolation, and scientific process of dubious reliability.

After three days of testimony, the jury deliberated for less than an hour, and came back with a Not Guilty verdict on both counts 23152(a) (Driving while under the influence of Alcohol) and 23152(b) (Driving with .08% or more BAC at the time of driving).  The foreperson told me they tried every way possible to convict my client, but that I had all the bases covered, and the DA couldn't prove the case beyond a reasonable doubt. 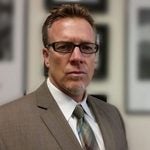