The most typical kinds of theft usually involve an act of physical force such as burglary or robbery, but the state of California recognizes another kind of theft. This theft, called theft by false pretenses, is when someone convinces another person to voluntarily give them their property by saying something that isn't true or by making a promises they don't intend to keep. That type of theft is called theft by false pretenses.

In order for a prosecutor to convict someone of theft by false pretenses, they must be able to prove several specific elements of the crime. These elements include:

Penalties for theft by false pretenses 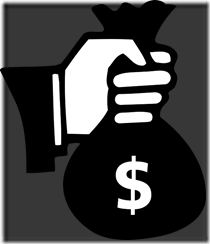 When property is stolen that is less than $950 it is considered petty theft. Punishment for this is maximum 6 months in county jail or a $1,000 fine, or both. Joel Bailey can help you avoid jail in instances like this. Give Joel Bailey a call today at 760-643-4025!

If the property taken is worth more than $950, or is a car or a firearm, then it is considered grand theft. The punishment for grand theft is, if charged as a misdemeanor, up to one year in county jail. But if it is charged as a felony, it can range from sixteen months, two years, or three years in prison.

Hiring a theft lawyer in California

If you would like to speak to a lawyer with in-depth experience regarding theft by false pretenses, contact us here.

image by stux on pixabay